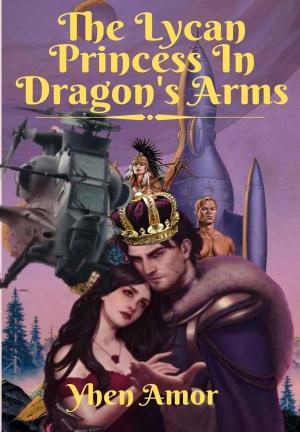 THE LYCAN PRINCESS IN DRAGON's ARMS

“I'm ... I’m a princess; a Lycan Princess.” She admitted. Her hands trembled as he reached for her and once more cupped her face. “I know. I can see that in you.” He said, his lips almost touching hers. She snapped. “Don’t you dare … kiss me!” He laughed, “You want me to kiss you, as much as I want to do it with you, my Lycan Princess,” he murmured, his breath fanning her right ear. “No!” she hissed. “Liar. You cannot lie to me, because I can see through you,” he murmured once again. The Lycan Princess has been mystified and Sheenei, her wolf inside her, almost jumped with excitement. “Who are you really Dareon? I can feel it, your kind is different from the people here.” “As far as I can remember she-wolf, I answered you that already. Try to find it out by yourself.” He grinned teasing her, trying to let out the beast in her. But Princess Shelyca is a woman of grace; she will not succumb to that kind of provocation; she will not step down and deviate from who she is and how she was trained to be. “I see, alright then .” She turned her back and left him more mesmerized by her. He followed her back with his eyes and a burgeoning need suddenly hit him. His eyes ogled her hips as they swayed gracefully while she walked like a real princess. He wanted to touch those rounded hips; he wanted to grab her small slender waist and pull her hard into him. 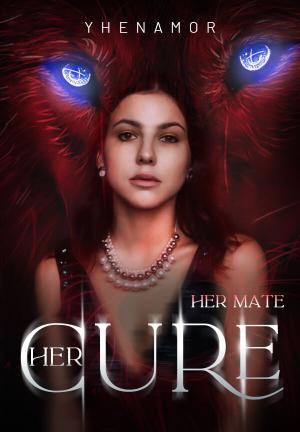 HER MATE, HER CURE

Grazziena danced gracefully and with poise. She made it a point to stand out from the rest at this early stage of the competition. She is anyway, the tallest and most fair skin among all the contestants. From the lines of the Board of Judges, sitting in front of the stage and ramp; one particular, young and gorgeous man, who is sitting in the middle of all the board of judges were all eyes on Grazziena. He never left his eyes from contestant number 8. He seemed to be mesmerized and drawn to the tallest beauty among the contestants, who was now strutting her long and fair skin legs on her catwalk, swaying her hips in its most seductive yet elegant manner. She carried her yellow one-piece swimsuit with grace and style that none of the other contestants was able to do. He shot her with an intense look when she posed at the middle-end part of the ramp, a few inches away from where he is seated. As Grazziena’s eyes locked into those intense-looking deep-seated black eyes, something inside her growled and her heart made some somersaults. She continued to strut her catwalk on the ramp. It is already ten o’clock in the evening, yet the Beauty Contest is just in its mid-way. She is afraid and she is getting nervous. She will shift into her cursed wolf form when midnight falls. She was cursed by Thutaara, the powerful witch of Mt. Reveree. Her only cure can be found in the last words whispered by her Luna Mother before she took her last breath. Finding the cure is however incomprehensible. Until she met Governor Draeko, who swept her off her feet. But then her life was swamped with doubts and confusion when Lumaro, the soon-to-be Alpha of the Cold Mountain Pack, suddenly appeared claiming her as his mate. Between the Young Governor Draeko and the soon-to-be Alpha Lumaro of the Cold Mountain Pack, who is her true mate and her cure? 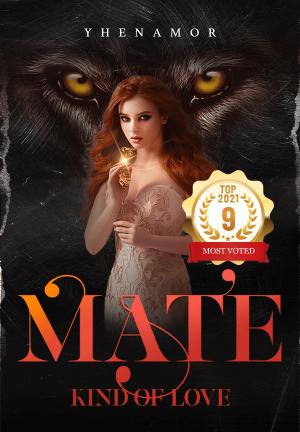 I ran faster trying to catch the man who, I had just caught forcing himself on a little street girl. I grabbed his neck as I caught him and was about to twist it when someone behind kicked me, releasing my hold against the man’s neck. “Thank you brother!” the man shouted, after being released from my hands. Before he could run, my fist landed on his jaw and he staggered. I gave him another blow that hit his nose and then a frontal kick that made him like paper, flying. A millisecond and then there was a tug sound when his body landed nearby. I then felt a kick hitting my back that almost made me outbalance, but I am not an ordinary human who could easily be shaken. I turned around to face the man who helped the rapist and just for a second that he looked into my eyes, his body shook and then he fell to the ground, lifeless. I smirked while looking at his dead body. “Tsss, you looked into my tantalizing eyes, that’s why,” I murmured, shaking my head. Then I heard that clicking of a gun’s trigger, at my back. “Put your hands up!” A woman’s voice filled my ears and my nostrils then savored the smell of my favorite hot chocolate, fresh, aromatic, and intoxicating. I slowly weakened as my heart thumped, so crazily fast. “Put your hands at your back now and don’t you dare make any violent reaction,” she said again while her gun was still pointed at my back. I did as told and immediately, I felt my hands being handcuffed. “Now, turn around!” she commanded. I slowly turned around to face her and see if she will recognize me. “You? Again! Holy Ghost, you really want to be put in jail again?!” she hissed at me and I enjoyed seeing the surprise, then the angry expression on her face. She is beautiful and I was truly drawn to her. I smiled widely at her and nodded, “Yes, bring me to your precinct where I can be near you always. I will be enjoying that.” She gave me a fierce look as she dragged me on her nearby big, black Police Motorbike. “By the way, let me tell you this again, you are my mate. You are destined to become the Queen Luna of the most powerful Ultima Alpha King from the Galactid Realm, Kingdom of Galalian,” I said, repeating what I have told her before. “Lunatic! I will put you in jail!” she hissed at me, while she kicked my butt, which made my eyes grow wide. None! No one ever disrespected me like that in my Kingdom! I immediately turned around and before she could move, she was already inside my handcuffed hands and my lips crushed her lips, unceremoniously and punishingly. I felt her become frozen for a while, and I took that opportunity to delve my tongue deeper into her sweet mouth. My tongue searched around until it caught her tongue unguarded. And, I just know, I have tasted the sweetest lips and sweetest tongue ever. Then, I felt it; the first slap in my life! 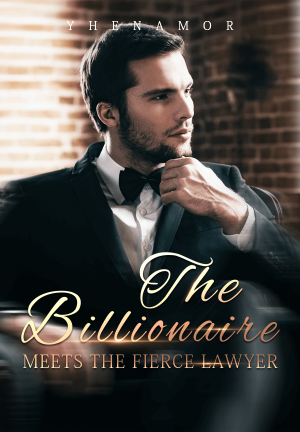 The Billionaire Meets the Fierce Lawyer

Betrayal could either make someone vulnerable or impenetrable. When a billionaire businessman met an impenetrable, fierce lawyer; he swore he will never back down until that time that he will catch her unguarded and open herself to him. Would he finally succeed and would there be a happy ending between them? Would tragedy and mystery make them closer or would totally break them apart? 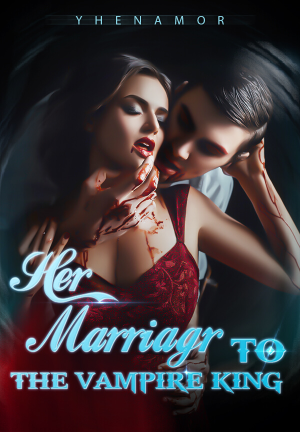 HER MARRIAGE TO THE VAMPIRE KING

Asalea’s eyes narrowed. She can guess that the event is a wedding ceremony. So, she will be attending a wedding occasion. “Whose wedding is this?” she asked the man who fetched her. “Yours Madam.” He said and then got something inside his paper bag. “Please wear this,” the man said again handing her a black veil with a tiara in it, beautifully adorned with black diamonds. “What did you say?!” Asalea gasped in surprise. “This is your wedding Madam.” The young man repeated his prior statement. “Who shall I be marrying?” with narrowed eyes, Asalea asked again. “You will know later on. Please be ready Madam. The wedding march will start.” Then the man step aside and motioned her to walk forward when the wedding march song started to fill the whole astrodome. Asalea does not know if she will follow or will make herself invisible and run. She chose the first. She knows that she will be dead if she will run. At least they will not kill her. Looking at her elegant black gown, her veil with tiara, and the venue of the wedding; she knows she will be marrying someone of a high profile from the Glodeous Kingdom. She can still start her life here and then plan for her revenge later on against the Ecleteon werewolves. With chin held up, Asalea made her graceful walk going to the altar. Getting nearer the altar, she saw the back of a man standing in front. Asalea surmises that he might be her groom. “Hmm, not bad,” she murmured. Slowly the man turned his back and faced her when she was already walking almost beside him. Asalea’s eyes grew big when she recognized the man. “Hello, my pretty vampy.” He whispered and intensely looked at her with his ocean-like deep blue eyes. 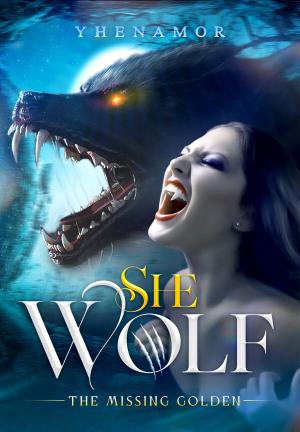 The Missing Golden She Wolf

She is the last in their breed of Golden Wolves; the most powerful werewolf with strong mental powers, but Daffodil never knew it. Lexus is a Beta Warrior with a mission; to find the last golden she-wolf that the next in line Alpha dreamed of having as his wife to make him the most powerful Alpha in the Werewolves’ realm. What happened if the last Golden She-wolf is the mate of the Beta Warrior? And what is the truth, behind the Beta Warrior's identity? 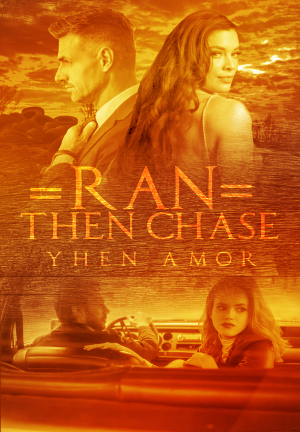 (Warning! - Matured Content) "Sir, a woman with her son is in the reception area, insisting to see you now," the receptionist said, her voice seemingly impatient. "Tell them I don't have time for any visitor today, I am in the middle of a web meeting with a client," "I told them so, Sir but the young boy said, if I will not allow them, he will fire me from here." "What? Who the hell is he to fire anyone in my Company?!" "He called you, Daddy, Sir." "Goddamit! Why didn't you tell me outright? I am going out now!" "Hey, Daddy! Are you surprised?" the young boy wearing a Prince costume shouted as he saw the man coming out of the door. "Look, Dad, you gotta wear this and help me and Mom. It's family day in my school and all were told to bring their Mommy and Daddy wearing their favorite costume!" After a minute, the Company's CEO got out of the comfort room, wearing a King's costume. His Company's staff were all opened mouths with astonishment. "Dad, you looked like a real King and Mom like a Queen, and me like a Prince!” The CEO then looked at the beautiful woman beside the young boy, who was looking at him with an unfathomable expression. He smiled at her but she just lifted her right eyebrow in return. As they walked out of the office, the CEO wrapped his arm around her shoulders and whispered. “You believe that I ran from you before, I won’t argue anymore, for time will tell and you will know the truth. If I need to chase every sunset to have you again, I will.”