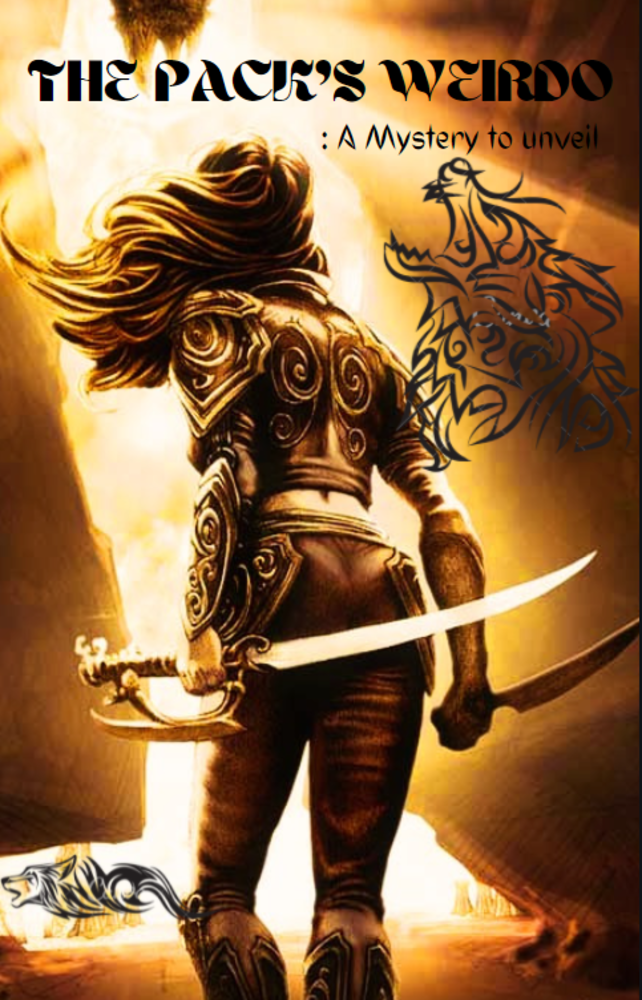 The Pack's Weirdo : A mystery to unveil[complete]

Search and read The Pack's Weirdo : A mystery to unveil[complete]

Being an outcast is something that Aadhya has already accepted a while ago, well you can't blame her when she is the only human living in the pack of werewolves. She had accepted her fate that she was never going to have a mate but all her plans, and all walls came crashing down when she found that her mate, her Alpha mate, didn't want her at all. And he even plans to claim another she-wolf to be his luna. "You are joking," he said in complete horror while I was still trying to digest the happiness of finally having a mate "you can't be my mate." he said in disgust and I flinched. "how can moon goddess be so cruel?" I, Ethan Smith, son of alpha Aiden and luna Olivia of the blue moon pack, reject you Aadhya as my mate and future luna of this pack." ************************************************************ Yes, I survived the rejection and I will indeed add proudly that I did it in the most respectable way. I am Aadhya brown, a warrior and daughter of Late beta rose and daniel brown. There are many issues in my life like those unending nightmares that seems too real to ignore the pain or those wounds that I always get in training which can't heal itself or the most irritating issue of a certain alpha male who is unable to fight the broken mate bond, but the issue that is making me go almost insane now a days is : Why the vampires and rogues are suddenly interested in our pack? *NO PART OF THIS WORK MAYBE REPRODUCED, DISTRIBUTED, OR TRANSMITTED IN ANY FORM OR BY ANY MEANS, WITHOUT THE PRIOR PERMISSION OF THE AUTHOR {THE IMAGE USED IN COVER PHOTO OF THE BOOK IS TAKEN FROM THE INTERNET AND IS SOLELY THE WORK OF IT'S CREATOR}*