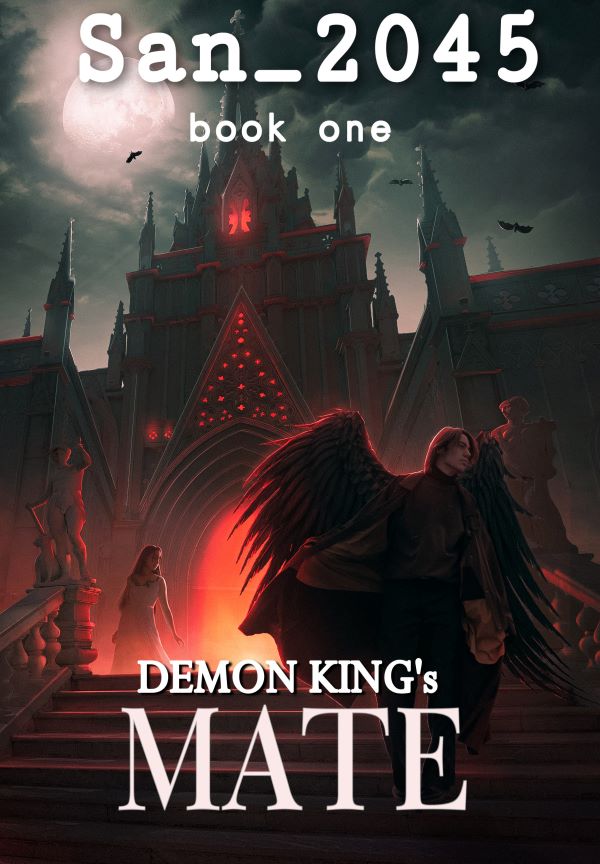 His eyes fully turned bright red and lethal, the dark grey fog surrounding him as he rose on his feet. Black pointed sharp claws jutted out of his fingers. His skin appeared paler than usual as he stared right into my soul. "W-What are...you?" I questioned, my lips trembling in fear. "Daemonuim rex" He hissed, his claws disappearing. I froze in my seat as those words echoed in my ears. I know what he meant. Demon King. *** Talia wanted an adventure. Working two jobs and living in a dump for an apartment does that to you. When her friend drags her to the club, she is excited at the prospect of meeting someone new. That's how she meets Lukas, the handsome stranger at the bar who beds her and leaves the next morning. Her entire life changes because of that one night. From finding out she's demons mate, who's pregnant with the first half-demon child to ridiculously dressed fairies showing up at her door, getting abducted by the guy with a spear, her life becomes an adventure she wished she never asked. ***